Introducing our Junior Editor… AKA my son 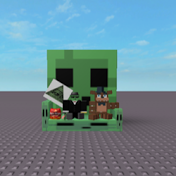 I was talking to an author recently in need of some young eyes on her children’s book, and being the mother of two avid readers, offered the services of my sons. It’s doubtful my eldest will read it mind you, despite being a high-level reader, he’s not really into fiction books, but my youngest is in the author’s target audience age range for the book and has adopted the title ‘Junior Editor’ (it has more of a ring to it than ‘Junior beta-reader’).

So, armed with highlighter pens, the ‘Junior Editor’ is reading through the first couple of chapters, highlighting words he doesn’t understand and ticking the end of the page if he wants to read on to the next. I’ve told him it’s okay to tell me if he doesn’t understand something, or finds a section boring, but also to tell me if he finds something engaging, funny or interesting. Hopefully, this will enable the author to, at the very least, gauge his reaction to her story.

Page one has received the thumbs up for further reading so far, with only one word being highlighted, although it’s not a word we use so it’s not one he’s heard before. Strangely enough, he knew the word ‘awesomesauce’ (which I’ve seen in novels, but I’m still not convinced it’s an actual word, despite the fact it has somehow made an appearance in the Oxford Dictionary).

Our ‘Junior Editor’ is a pre-teen, and is into Minecraft, Roblox, Lego and has a highly engaged interest in history. He has his own Youtube channel if anyone wishes to subscribe to him. At the time of writing he has 77 game related videos uploaded, his latest one being ‘Fall of the Titanic’ (another interest of his):