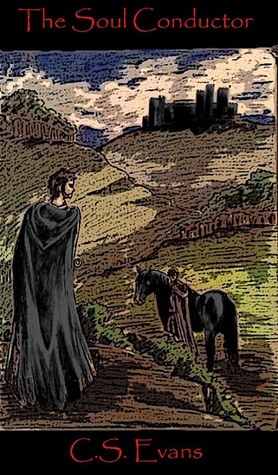 The Soul Conductor by C.S.Evans
Buy on Amazon
Goodreads


They live among the people. Quiet, even shy, but with the ability to defend themselves with sword and dagger, and much more besides…Their purpose is to guide the souls of the dying away from their physical bodies and on to their final destiny, be that reward or punishment. Led by a powerful Archdeacon, in turn supported by the Keepers and their fearsome Guardians, these beings ensure no soul remains trapped in the realm of the living for eternity.
Quinn is one such being. He is a Soul Conductor. And he’s one of the best.
So, what happens when a soul tries to escape its fate, leading Quinn into tragedy and changing his life forever?
Facing attempts on his life and then being dragged into the insane plans of a malevolent sheriff, Quinn must rely on the loyalty and strength of friends, new and old, if he is to discover what really happened to him and prevent innocent lives from being lost – along with their souls.
A flawed – and reluctant – hero, Quinn wonders if he will get out of it with his own soul intact.