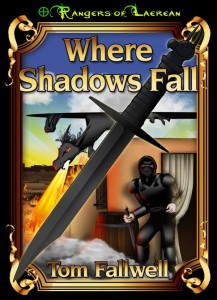 Born in Oklahoma City, Oklahoma in 1951, Tom Fallwell had always had a love of fantasy Role Playing games and was a game master who created adventures for other players to enjoy. Now, since retiring as a computer programmer,  he is writing the fantasy stories he had always wanted to write and enjoying every minute of it.