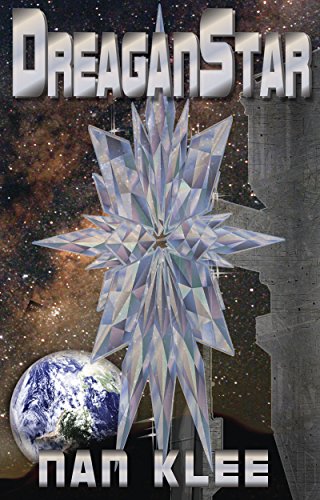 Nan Klee’s resume as a writer includes eight years as a weekly newspaper columnist, while she worked as a freelance writer, editor, reporter, photographer, and technical writer. She used her Navy flight simulator training and knowledge to become a computer technician while working toward a Master’s degree in Writing and Rhetoric.

Nan worked her career as a technical writer, contracting with corporations that design and build combat aircraft and warships for our US military. She spent a few years as a college composition professor while she worked toward her Master’s degree in Rhetoric and Writing.

Nan Klee grew up on the South Side of Chicago, and later lived in Southern California for 37 years. Today, Nan has retired and lives in Eastern Tennessee with her 2 cats, a red kayak, and her 4 computers.

When I was 8 years old, I discovered an antique typewriter in the basement. I wrote Spider-Man and Man from U.N.C.L.E. (TV show) stories – and home work – on it for several years.

My office desk or my kitchen table (boring, huh?)

No, but there is often special music associated with a piece I’m working.  None for DreaganStar that I recall.

Authors = Shakespeare (I teach it) and Mark Twain.

A dream that I was a stowaway on a spaceship

DreaganStar (volume 1 of a trilogy), was published in August 2016.  It introduces readers to the fascinating universe of the first experimental faster-than-light (FTL) starship. Set on the moon in the five subterranean lunar colonies, DreaganStar tells of the espionage, intrigue, romance, and mad science surrounding the starship during its experimental stage.

Synopsis:  Doctor Samantha Alexander is the Senior Psychologist of the five Dreagan Corporation lunar colonies.  She is given the task of proving Jonathan Dreagan, the founder and Chairman of the Board, to be insane. This seemingly easy task is complicated by Dreagan, who is the architect of all of the technology around her, a brilliant scientist, statesman, celebrity, and a recluse. Samantha’s supervisors, knowing that she may fall in love with Dreagan, restrict her usual methods of inquiry, complicating her task.

Challenges? Getting the science Achievements?  It is my first published novel.

I tend to spend more time writing in the winter. Also, sometimes a character takes on a life of its own. This happens in the DreaganStar It’s a trilogy.

Know where/how your story ends by the time you start writing it.

If you’re blocked on one project, go and do something creative in a different medium, to “get the juices flowing”.

Thank you for your time.

DreaganStar is a trilogy. The 2nd book, DreaganThing, will be out in November 2016.

Next week, Vinakti Duet will be released – Unrelated to the DreaganStar trilogy.  This is a separate story, in a separate universe.

The final book of the DreaganStar Saga, DreaganFriend, will be released during the first half of 2017, and then I will focus on releasing MadMen – a 4-book series which occurs in the biblical “End Time”. See Revelation 3: 11.