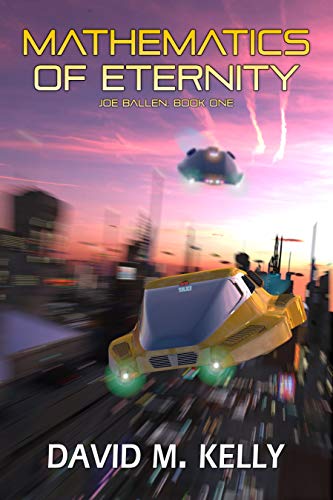 A grisly death, a disturbed scientist, and a dangerous conspiracy.

Joe Ballen dreams of returning to space, but after an accident left him half-crippled, he scrapes a living flying cabs in flooded-out Baltimore.

When one of his passengers suffers a grisly death, Joe is dragged into a dangerous conspiracy centered around a prototype JumpShip. No one believes the ship will work, not even the space-faring Atolls who have barricaded Earth from the rest of the solar system. But someone is murdering everyone connected to it.

As the bodies pile up, Joe becomes suspect number one, and his enemies will stop at nothing to hide the truth. With the help of a disturbed scientist, a senile survivalist, and his glamorous boss, can Joe untangle the puzzle and uncover the truth before he becomes another statistic?

You can ask Joe Ballen anything, except to give up.

Disclosure of Material Connection: Some of the links in the page above are "affiliate links." This means if you click on the link and purchase the item, I will receive an affiliate commission. I am disclosing this in accordance with the Federal Trade Commission's 16 CFR, Part 255: "Guides Concerning the Use of Endorsements and Testimonials in Advertising."