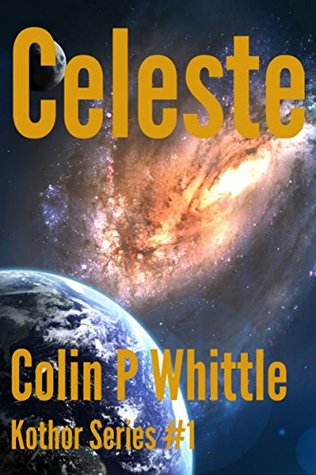 
Chris Brown is unemployed and going nowhere in life. Living in a small flat in North London, he is heavily in debt and needs to find the money to repay the loan shark; or else.

Answers to his problems come with the unexpected arrival of aliens from 600 light years away – first contact. Unfortunately they bring bad news for planet Earth as well as surprises, with knowledge of a vast galactic empire known as the Star Unity ruled by a brutal dictator. They also reveal the political intrigue and the warring races that make up Orion’s Arm; Earth’s own backyard in the Milky Way.

The UN Secretary General has no alternative but to mobilise the planet, despite attempts to derail his plans by a corrupt politician and by narrowly avoiding assassination. His plans include the building of a space fleet – the Earth Star Fleet – as fast as possible, to protect the planet from imminent attack by the troops, marines and starships of a reptilian race.
Originally intent on staying safe and out of the fight, Chris suddenly finds himself thrust into the centre of the action following the sacrificial death of a close friend.

Fortunately he has a weapon that is unrivalled. This leads him into several adventures, mostly unauthorised. He finds himself saving the lives of raw recruits and liberating thousands of hostages from space pirates. Rescuing the head of a major resistance movement, by raiding a Presidents stronghold, then eventually shooting her himself. At the same time, he fights off a challenge from someone who wants his job.

Chris against heavy odds that are stacked against him must save the Earth and himself by fighting off overwhelming enemy numbers of soldiers and starships in a great space war.

A great space opera for all science fiction fans.