A to Z Blogging: I is for Imagery

I is for Imagery

I don’t know about you, but when I’m reading a book, I love to ‘see’ the world I’m being immersed into. My genres of choice are – surprise, surprise – science fiction or fantasy. Both of these genres require a substantial amount of worldbuilding, but it isn’t just the landscapes or spaceships I want to see. I want to see, hear, taste, touch, and smell what the characters do, and I want to feel their pain and share their joy. I may only be a casual observer to a story, but the books I enjoy the most offer an emotional connection between me and the characters, part of which is employed through the use of imagery.

So, what is imagery?

According to the Poetry Archive, imagery is:

…the name given to the elements in a poem that spark off the senses. Despite “image” being a synonym for “picture”, images need not be only visual; any of the five senses (sight, hearing, touch, taste, smell) can respond to what a poet writes.

Imagery, therefore, is about evoking images in the reader’s mind through the use of specific, choice words. You might be writing about a quest, two people journeying from A to B. It’s been a long journey so far, they’re tired, cold, and hungry, but have found the mouth of a cave to shelter in. Character A has got a roaring fire going while B was off hunting. You might write something like:

The fire lit up the night sky. Egon held his hands towards the flames as Bert stirred the stew. The moon shone down on them, brighter than it had been so far blah blah…

The example above tells the reader what the characters are up to, that it’s nighttime now, that Egon is warming up his hands while Bert prepares their meal, but it’s not very engaging. A better way to write it might be:

The flames crackled, sending plumes of wood-scented smoke into the air. Warmth crept into Egon’s bones as he held his hands towards the fire, relishing the prospect of devouring the stew bubbling in the pot. Bert gave it another stir, even though there was no chance of it burning. It was more water than vegetable, but it was hot, so who was he to complain?

In the example above I have used:

In some parts, I provided specific descriptions i.e the wood-scented smoke, while in other parts I’ve used words that should enable the reader to fill in the blanks with their own imagination (watery vegetable stew – yuk). I also tried to add a little characterisation, implying that although Egon isn’t impressed by the watery consistency – due to Bert’s lack of cooking skills or a lack of food remains to be seen – it’s hot, and he’s hungry, so he’s not about to complain about it.

Imagery is about stimulating mental images. Readers are more than capable of imagining a crackling fire without you having to prompt them with words like ‘crackled’, but imagery adds depth to the written word. It can bring a scene to life and gives you another opportunity to explore your characters and share those reactions with readers. Use everything you can to bring your book to life. You don’t have to use every sense in every scene, but where you can capture a smell, or share how something feels to touch, or taste, I think you’ll find it’ll give your writing that ‘little something’ to bring it to life. As for Bert, it might be a running joke (between Egon and the reader) that he’s a terrible cook, and poor Egon just doesn’t have the heart to tell him. If this was the start of a story, the imagery around this watery stew could actually foreshadow a much bigger theme (and as my imagination is about to go into overdrive about potential betrayals, loyalty, and plots revolving around it, I should probably stop thinking about Bert’s watery stew and move on).

I found a wonderful blog post that describes the five senses (in detail):

Imagery isn’t limited to landscapes and objects. There’s little point to having vivid descriptions that bring your stories and settings to life and then presenting characters who are as flat as pancakes. I don’t want to be told ‘Egon was angry’, I want the author to show me his face turning red, or his eyes narrowing, or see those over-sized hands of his clenching into fists. I want to see him pick up that plate of watery stew and lob it across the tavern (or slide it back to the cook if he’s feeling polite). It’s one thing Bert trying to pass watery stew off as a meal – this is an establishment – a tavern. They should know better (plus he’s a wee bit ratty after days of travel over rough terrain with nothing to eat but… yes, you guessed it – watery vegetable stew).

Joking aside, emotional imagery is what it says on the tin – imagery that evokes emotion (or garners an emotion reaction). I’m sure we’ve all read books where we’ve cried buckets or yelled at a character not to do something, or even, dare I say it, tossed a book aside in protest of how a scene panned out (and returned to it later to find out what happened while in a calmer frame of mind). That is an emotional bond. Your reader is so engrossed in the story, so invested in the characters, that they can’t help their emotions – and you did that to them – with words and imagery (and maybe a few other techniques not mentioned in this post). It reminds me of this meme:

I shall end this post here as ‘show don’t tell’ deserves a post of its own. It is quite tricky to master and can take some practice, although once you’ve ‘got’ it, you’ve ‘got’ it.

There are a couple of books I would like to recommend related to imagery and creating emotional bonds (and you can click on the photo if you wish to read more details about them (via Amazon). I would recommend the paperback edition as they are the sort of books you will (or should) dip into from time to time. 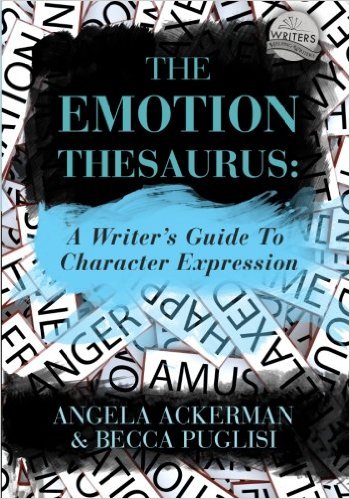 This is a wonderful book if you struggle to think of ways to show a character’s emotion. As a side note, it cured my characters nodding-dog syndrome, and all the smirking, shrugging and scowling they were doing. They now display a variety of behaviourisms in response to an emotion. Every author should own (and use) this book. 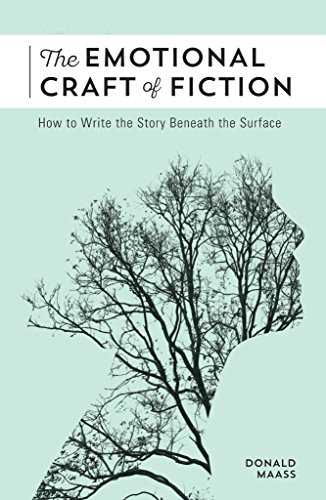 The Craft of Writing Emotion

I’ve not read this book yet (it’s on my bookshelf though) but it came highly recommended and includes topics such as: emotional modes of writing, beyond showing versus telling, your story’s emotional world, moral stakes, connecting the inner and outer journeys, plot as emotional opportunities, invoking higher emotions…